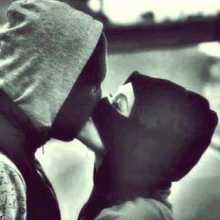 She wanted the world to revolve around her
she withered away like a rose, and she knew that life is beautiful
she wanted to feel a rush of excitement beside him
she was like a bee from one flower to another

She wanted to never be sold away
she was able to die and be faithful
she wanted to wake up to love
ever since she has met him, the sorrow has disappeared

She wanted him to carry her in his pocket
to dedicate a song to her, to carry her by his tail
she always wanted to his summary
who was he with and drank, in order to carry his last name

She wanted him from head to toe
she was able to, without a moment, to give birth to his child
she wanted to gift away her life to him
if he was to look for a criminal, she would be the gangster

She wanted to never feel sorrow
she swore that if she seen another girl, she will kill her
she wanted his heart on her palm
she swore at night, waiting for him in the apartment

Shakira – Out Of Your League