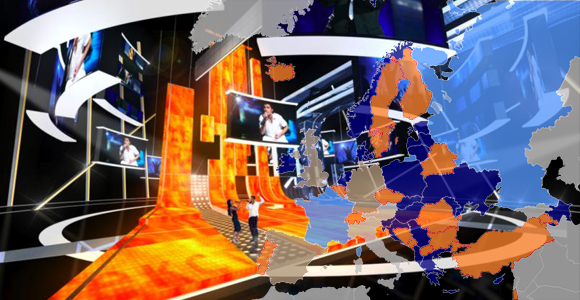 Neighbor and diaspora voting as well as intention to place more emphasis on the artistic value of the song were the main reason to give the national juries a say in the outcome of the 2009 Eurovision Song Contest.

Each national jury will have a chairperson and consist of five music industry experts (composers, DJs and artist managers). The jury members should be of various age, gender, etc. and they will have to be citizens of the country they are representing, and none of the jury members must in any way be connected with any of the participating songs or artists at the 2009 Eurovision Song Contest.

Their work and voting procedure will be supervised by a notary in each country in order to secure credibility of the jury vote.

The first countries to be called to declare their votes during Eurovision 2009 will be Spain, Belgium, Belarus, Malta, and Germany; whilst the closing votes will be called from Slovenia, Armenia, Hungary, and Azerbaijan.

The following countries will appear in the first Semi-Final (12th of May): Bosnia & Herzegovina, Sweden, Israel, Belgium, Andorra, Czech Republic, Montenegro, Iceland, Georgia, Bulgaria, Portugal, Switzerland, FYR Macedonia, Finland, Belarus, Turkey, Romania, Malta and Armenia.
The citizens of each participating country, as well as of United Kingdom, Germany and Spain will vote by telephone and SMS.

The following countries will appear in the second Semi-Final (14th of May): Slovenia, Denmark, Azerbaijan, the Netherlands, Latvia, Hungary, Serbia, Norway, Ukraine, Greece, Lithuania, Poland, Croatia, Estonia, Moldova, Cyprus, Ireland, Slovakia and Albania.
Public votes in the second semi-final will be cast from the participating countries as well as from France and Russia.

Shakira – Out Of Your League